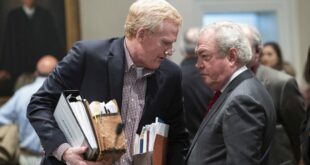 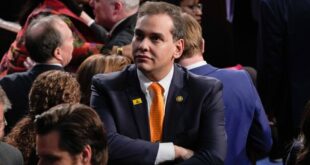 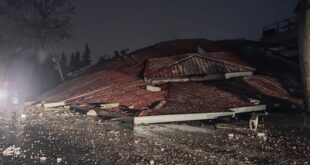 A massive bill setting defense policy is likely to end the military Covid vaccine mandate, a source familiar with the negotiations tells CNN, coming on the heels of intense GOP lobbying to kill the mandate and acceptance from leading Democrats that it’s time for a change.

The annual defense authorization bill will likely be approved by Congress within the next two weeks. It’s not yet clear, however, when bill text will be released and when it will come to the House floor for a vote.

A deal was seen as imminent over the defense bill, but top Republicans said on Monday Democrats had upped their demands after previously agreeing to include GOP-backed language that would nix the military’s Covid-19 vaccine mandate.

“The Dems have all kinds of extraneous asks that have nothing to do with defense,” said Senate GOP Whip John Thune, adding: “They’ve now decided to try extract a huge ransom.”

The White House says it still supports the vaccine mandate, and Defense Secretary Lloyd Austin has reiterated the Pentagon’s support for the order.

“Secretary Austin supports maintaining the vaccine mandate. The health and readiness of our forces is critical to our warfighting capability and a top priority. I won’t comment on potential or pending legislation,” Pentagon press secretary Brig. Gen. Patrick Ryder said in a statement.

However, the movement on Capitol Hill underscores action that is in play and being driven by lawmakers keenly aware of the need to secure GOP votes to pass the annual defense policy measure.

That has put House Armed Services Committee Chairman Rep. Adam Smith, a Democrat, in the position of running point on the move to change direction on the policy, even as the move is unlikely to have gained momentum without quiet White House approval.

It remains to be seen what Congress does about service members who were disciplined or discouraged from service as a result of the mandate.

House GOP No. 2 Steve Scalise told Fox News on Monday: “We want to get them back. There are a lot of young people who go into service academies and aren’t going into those service academies now either. There are the best and the brightest out of high school. You want to get those back in as well. And so we talked to the military about getting a full assessment of all the people that were removed.”

Schumer said on Monday that the chamber would take up the defense bill “as soon as next week.”

Schumer noted the dwindling number of days left in the calendar year and said, “and there’s still a lot we have to do,” pointing to the National Defense Authorization Act, confirming more of Biden’s judicial nominees, as well as funding the government.

This story has been updated with additional developments Monday.

Previous TCS recognised as leader in IT Services for CSPs by Gartner
Next Japan 1-1 Croatia (1-3 on penalties): 5 talking points as Dominik Livakovic’s heroics take the Europeans through 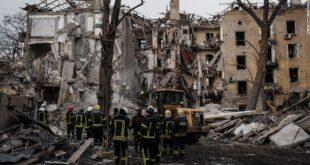